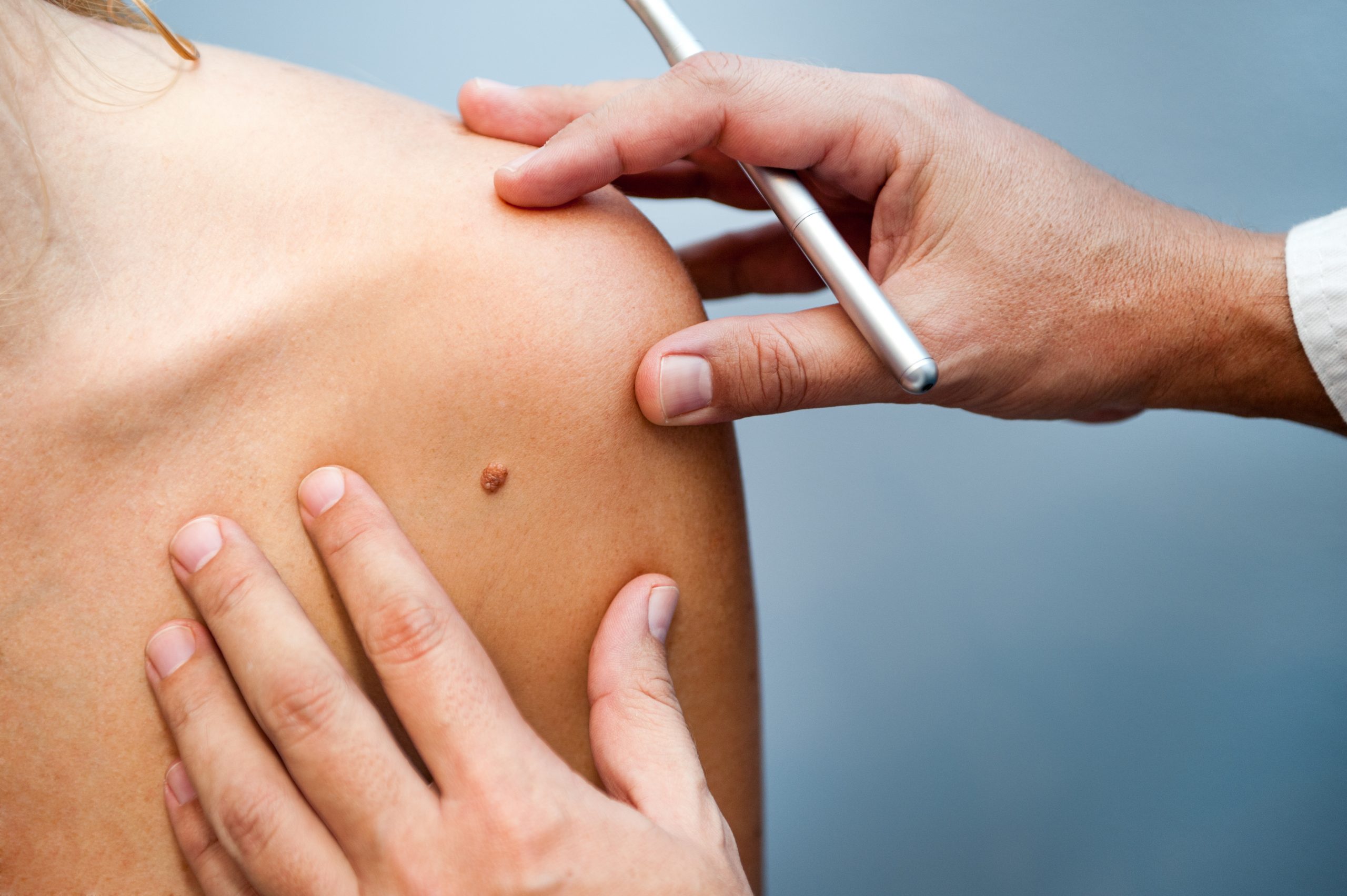 Advanced melanoma is an aggressive skin cancer characterized by poor survival and poor response to systemic cytotoxic chemotherapy. The use of anti-PD-1 immune checkpoint blockade molecules such as nivolumab and pembrolizumab has significantly improved the survival of this patient population, with approximately 40% of patients treated with PD-1 inhibitors achieving a partial or complete response.1 Despite this, primary de novo resistance can occur in a significant proportion of patients with advanced melanoma with factors such as T cell exclusion, lack of IFNγ tumor responsiveness, T cell infiltration issues, and the local immunosuppressive microenvironment contributing to no response to immunotherapy. In addition, acquired resistance can occur due to loss of T-cell function, mutations causing interferon resistance, and disruption of antigen or neoantigen presentation.2

Fecal microbiota transplantation (FMT) is a promising potential therapeutic approach in the treatment of cancer involving selection and screening of fecal microbiota donors and subsequent transfer of fecal material from donor to patient. FMT is an established treatment for recurrent Clostridioides difficile infection and studies have begun to investigate the use of FMT in anti-PD-1 refractory melanoma patients.3

A recently published study investigated an approach to overcoming resistance to anti-PD-1 immunotherapy through FMT.4 16 patients with advanced melanoma refractory to PD-1 blockade were enrolled in this single-arm, Phase II clinical trial (NCT03341143). Serial stool and blood samples were taken from patients and long-term responder melanoma donors and analyzed for 32 viral, bacterial, and fungal species before FMT. A single donor-derived FMT was administered to the patients alongside pembrolizumab, followed by pembrolizumab every 3 weeks until disease progression or intolerable toxicity.

In the study, 15 patients underwent radiographic assessments and restaging CT scans, 3 of which had objective responses and 3 had stable disease lasting greater than 12 months. FMT was found to have altered the gut microbiota composition resulting in persistent perturbation, and the use of antibiotics during the study was detrimental to these changes.

After 7 months follow-up, the median progression-free survival (PFS) of patients was 3.0 months and overall survival (OS) was 7.0 months. The median PFS and OS of the 6 patients with disease control were higher at 14.0 months. During the study, at least one treatment-related adverse event was experienced per patient. Of the treatment-related adverse events (AEs), 72.9% were grade 1 AEs and 20.0% were grade 2 AEs. These included fatigue and peripheral motor neuropathy which required hospitalization. In addition, 17.6% of patients experienced hypothyroidism.

Higher activation was seen in a range of cell types in long-term responder melanoma patients, according to multiparameter flow cytometry and single cell RNA sequencing analysis. In peripheral blood mononuclear cells (PBMCs), there was a significant increase in CD56+CD8+ T cells (p<0.05). Up-regulation of granzyme B and down expression of CD27 was observed in mucosal-associated invariant T (MAIT) cells of responders after treatment (p<0.05). This pointed to greater differentiation in phenotype compared to non-responders.

FMT in combination with pembrolizumab led to a perturbation to the tumor microenvironment that was found to overcome resistance to anti-PD-1 therapies in a subset of patients with refractory metastatic melanoma. This is a promising strategy for anti-PD-1 therapy resistance, however, a large-scale, randomized study is needed in the future to support this, as well as the identification of microbial, circulating, and intra- tumoral biomarkers to select patients most likely to benefit from microbiome-based therapy in melanoma.

Accelerating the pace from bench to beside: the NIHR Oncology Translational Research Collaboration

In a nationwide effort to prioritize and accelerate translational research, a brand-new oncology research collaboration has been established by The…

Advanced melanoma is an aggressive skin cancer characterized by poor survival and poor response to systemic cytotoxic chemotherapy. The use…

The de-escalation and treatment personalization of patients with early breast cancer has advanced in recent years, with studies such as…