This years American Society of Clinical Oncology (ASCO) Annual Meeting took place in Chicago on June 3-7. Leading experts from around the world came together to showcase and discuss new exciting data and trial updates in oncology.

Learn more about the biggest news presented at the meeting below!

When deciding optimal treatment strategies for patients with metastatic colorectal cancer (mCRC), the significance of the primary tumor location as a predictive and prognostic factor has recently become evident. Malignancies originating from specific regions within the colon exhibit distinct characteristics, and numerous findings have demonstrated genetic and immunological differences between the right- and left-sided colorectum in mCRC.1, 2

A total of 823 patients were randomized to receive either panitumumab (n=400) or bevacizumab (n=402) plus mFOLFOX6 in the full-analysis set (FAS). 312 and 292 patients in each arm had left-sided primary tumors, respectively.

PFS was similar between the treatment arms in left-sided mCRC, however RR and R0 resection were significantly higher for patients receiving panitumumab versus bevacizumab. No new safety signals were observed.

The results of the PARADIGM trial demonstrates that panitumumab leads to significantly increased OS in combination with chemotherapy, when compared to bevacizumab in patients with left-sided RAS wild-type mCRC, indicating a new standard first-line treatment regimen for this patient population.

Find out more about the most exciting news from ASCO 2022 in this roundtable discussion, where an expert panel discuss the latest hot topics and trial updates in breast cancer.

DESTINY-Breast04 is the first randomized clinical trial to show significant survival benefits to targeting HER2 in patients with HER2-low mBC. Conclusively, T-DXd demonstrated a marked increase in PFS and OS compared to standard treatment, establishing a new standard of care for HER2-low mBC.

Catch up on the most exciting advances in oncology from the 2022 ASCO Meeting!

CHRYSALIS-2: EGFR inhibitors amivantamab and lazertin provides encouraging antitumor activity in patients with EGFR-mutant NSCLC who had progression with osimertinib

EGFR tyrosine kinase inhibitors (TKIs) have proven beneficial for survival outcome in patients with EGFR-mutated non-small cell lung cancer (NSCLC). However, disease progression due to acquired resistance mutations is inevitable. Amivantamab is an EGFR-MET bispecific antibody that binds to the extracellular domain of each receptor, allowing it to overcome resistance at the TKI binding site. Additionally, amivantamab initiates EGFR and MET internalization and degradation and directs immune cell activity resulting in antibody-dependent cellular cytotoxicity. Lazertinib is a brain-penetrant, 3rd-generation EGFR TKI with efficacy against EGFR activating and T790M mutations. The combination of amivantamab with lazeritinib may generate potent activity against resistance EGFR mutations in NSCLC by generating synergy via simultaneous targeting of the EGFR extracellular domain with amivantamab and the kinase domain with lazertinib. 7

The Phase 1/1b CHRYSALIS-2 (NCT04077463) trial was designed to evaluate whether the combination of amivantamab with lazertinib could provide antitumor activity via targeting EGFR-mutated NSCLC in patients following failure with the EGFR-TKI, osimertinib, and platinum-based chemotherapy.

Cohort A evaluated amivantamab with lazertinib in patients with EGFR exon 19 deletion who had progressed on first- or second-line osimertinib followed by platinum-based chemotherapy as the last line of treatment (target population, n=106). The combination was additionally assessed in a more heavily-pretreated population (n=56) who had progressed following osimertinib and platinum-based chemotherapy with or without additional therapies, regardless of the number or  sequence of these therapies. Investigator- and blinded independent central review-assessed response was reported on. 8

In conclusion, the results indicate encouraging antitumor activity plus a manageable safety profile with the combination of amivantamab and lazertinib in unselected patients who had previously acquired resistance to the standard of care osimertinib with platinum-based chemotherapy.

Catch the latest in the rapidly growing field of immuno-oncology! 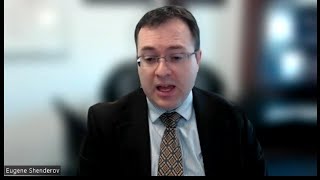 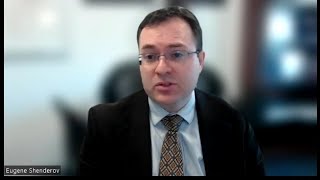 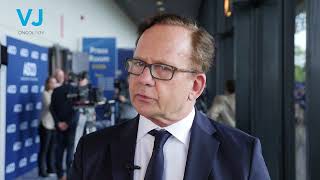 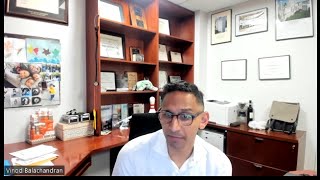