The ESMO 2021 Virtual Meeting took place from 16-21 September 2021. Global experts in oncology came together to present on the most recent advances, including updates from immunotherapy trials and the latest novel therapeutic targets.

Learn more about the biggest trials from the meeting below!

DESTINY-Breast03: T-DXd is shown to improve PFS of previously-treated patients with HER2+ unresectable/metastatic breast cancer when compared to T-DM1 in a randomized Phase III trial

Following the results of DESTINY-Breast01 (NCT03248492), trastuzumab deruxtecan (T-DXd) was approved as a treatment for patients with previously treated advanced HER2+ unresectable or metastatic breast cancer in the USA and the EU.1 T-DXd is an antibody-drug conjugate consisting of a HER2-targeting monoclonal antibody (trastuzumab) bound to a topoisomerase I inhibitor (deruxtecan).2

The results from DESTINY-Breast03 (NCT03529110) were presented for the first time at ESMO 2021, by Dr Javier Cortés, MD, PhD, Vall d’Hebron University Hospital, Barcelona, Spain. DESTINY-Breast 03 is a randomized, open-label Phase III trial comparing the use of T-DXd with ado-trastuzumab emtansine (T-DM1) for the treatment of patients with HER2+ unresectable or metastatic breast cancer who had previously been treated with trastuzumab and taxane.3

The primary endpoint of the trial was progression-free survival (PFS), with secondary endpoints including overall survival and duration of response. In total, 524 patients were enrolled in the trial.

PEACE-1: Encouraging results from the Phase III study of the triplet combination of androgen deprivation therapy plus docetaxel plus abiraterone for patients with metastatic castration-sensitive prostate cancer

Androgen deprivation therapy (ADT) has been the standard of care for first-line treatment of metastatic prostate cancer.4 More recently, in PEACE-1 (NCT01957436), the efficacy of a triplet regimen of docetaxel plus abiraterone (abiraterone acetate plus prednisone) plus ADT has been investigated in men with metastatic castration-sensitive prostate cancer (mCSPC). Promising progression-free survival (PFS) results from the triplet combination were presented at the American Society of Clinical Oncology (ASCO) 2021 Annual Meeting.

The overall survival (OS) results of PEACE-1 were presented at the European Society for Medical Oncology (ESMO) Congress 2021 by Prof. Karim Fizazi, Institute Gustave Roussy and University of Paris-Saclay, Villejuif, France. This randomized Phase III trial, with a 2×2 factorial study design, compared ADT plus docetaxel with ADT plus docetaxel plus abiraterone. Two further arms of the trial studied the addition of radiotherapy to these two combinations.

In total, 1173 men were enrolled in the trial. Patients had either high volume (57%) or low volume (43%) de novo mCSPC.5 The primary endpoints were OS and radiographic PFS, 7.5 and 9.5 years after first inclusion, respectively. Secondary endpoints included castration resistance-free survival and PSA response rate.

The results of this study show that a triplet combination of ADT plus docetaxel plus abiraterone improves OS and radiographic PFS in patients with mCSPC. Findings from PEACE-1 are likely to have a great impact on the standard of care for patients with mCSPC.

The use of pembrolizumab as an adjuvant therapy for advanced melanoma has achieved promising results in recent years. KEYNOTE-054 (NCT02362594) concluded that adjuvant pembrolizumab prolonged recurrence-free survival (RFS) in patients with resected stage III melanoma.6

KEYNOTE-716 (NCT03553836) is a randomized Phase III double-blind trial of pembrolizumab for patients with resected stage IIB or IIC melanoma. RFS results were presented for the first time at ESMO 2021, by Dr Jason Luke, MD, FACP, University of Pittsburgh, Pittsburgh, PA. In total, 976 patients were enrolled in the trial and randomized to either pembrolizumab (n = 487) or a placebo (n = 489).7 The primary endpoint was RFS, while secondary endpoints included overall survival and incidences of adverse events.

In conclusion, these results show that pembrolizumab is an effective adjuvant therapy for resected advanced melanoma, by demonstrating a significant reduction in the risk of disease recurrence, which could impact on future clinical practice.

Check out the latest updates in immuno-oncology at ESMO 2021!

The primary endpoints were progression free survival (PFS) according to RECIST 1.1 and overall survival (OS). Secondary endpoints included objective response rate, duration of response, and several measures of safety and toxicity, such as the incidence and severity of adverse events.

Pembrolizumab plus chemotherapy was shown to have a significant benefit over the placebo regimen. Pembrolizumab increased the median PFS irrespective of PD-L1 combined positive score (CPS), compared with placebo. Pembrolizumab achieved a median PFS of 10.4 months in the all-comer population vs the 8.2 months achieved by placebo in the PD-L1 CPS ≥ 1 population. Similarly, the patient group receiving pembrolizumab saw an improvement in OS, with median OS having not been met, compared to the 16.3-month OS of the placebo group.8

Pembrolizumab plus chemotherapy resulted in significant increases in the duration of both PFS and OS in patients with persistent, recurrent, or metastatic cervical cancer. These improvements were seen in all PD-L1 CPS patient populations, with an acceptable level of toxicity, leading to a likely prediction that this regimen could become the new standard of care for first-line treatment in this population.

CheckMate 649: Further evidence in support of using nivolumab plus chemotherapy for advanced or metastatic gastric or GEJ cancer

Nivolumab plus chemotherapy was approved in April 2021 by the FDA for treating gastric or gastroesophageal junction (GEJ) cancer, after showing significant improvements in overall survival (OS) compared to chemotherapy alone in the CheckMate 649 trial (NCT02872116).9

Nivolumab plus ipilimumab did not achieve a longer median OS than chemotherapy. However, nivolumab plus chemotherapy continued to achieve encouraging results in a longer-term analysis, with a median OS of 14.4 months, which is more than 3 months longer than the 11.1-month median OS achieved by chemotherapy alone.

CheckMate 649 has provided further evidence that the addition of nivolumab to chemotherapy increases OS for patients with advanced or metastatic gastric or GEJ cancer, which will solidify its position as a standard of care. 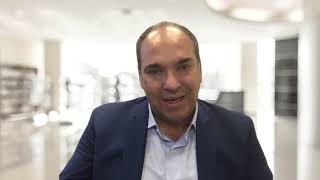 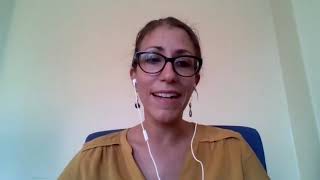 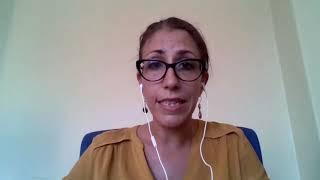 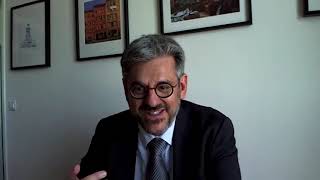