The 37th Annual Meeting of the Society for Immunotherapy in Cancer (SITC 2022) took place in Boston, MA on November 8-12. World-renowned immunologists convened to present and discuss the latest in immuno-oncology.

Learn more about exciting updates presented at the meeting below!

The emergence of immune checkpoint inhibitors (ICIs) have drastically enhanced survival outcomes in patients with metastatic melanoma. Ipilimumab, an anti-CTLA-4 antibody, was the first ICI to be approved for unresected and metastatic melanoma in 2011, with the anti-PD-(L)1 antibodies pembrolizumab and nivolumab following suit.1 Combination therapies such as nivolumab and relatlimab, which targets LAG-3, have additionally resulted in improved survival outcomes and was approved by the FDA in 2022. 2

neoadjuvant vidutolimod and nivolumab showed encouraging responses in patients with high-risk, stage III B/C/D resectable melanoma. 4 The results of the trial were presented at the 37th Annual Meeting of the Society for Immunotherapy in Cancer (SITC 2022) in Boston, MA.

Despite RFS being observed in 57% of treated patients with a median follow-up of 26.5 months, the primary endpoint was not reached. The 2-year overall survival rate was 100%, the 2-year DMFS year was 94%, and the 2-year RFS rate was 88%. The dual combination therapy was also shown to have minimal toxicity, with no DLTs reported. A majority of grade 1/2 treatment-related adverse events (TRAEs) were fever, flu-like symptoms, and fatigue. 8 grade 3 TRAEs were observed, which included hypertension as well as colitis, and no grade 4 or above TRAEs were reported.

Vidutolimod and nivolumab in the neoadjuvant setting have demonstrated to be well tolerated and efficacious in patients with high-risk melanoma with robust MPR, DMFS and OS rates observed. The results of this Phase II trial consequently merit further research into this promising combination.

Catch up on the most exciting advances in immuno-oncology from the 2022 SITC congress!

Checkpoint inhibitors such as pembrolizumab and nivolumab have been practice-changing within the field of colorectal cancer (CRC) research, making a noticeable impact in treating high microsatellite instability (MSI-H) tumors.5 However, immunotherapy has had limited success in microsatellite stable (MSS)-CRC as they are characterized as immune-desert tumors. As a result, MSS CRC remains a great unmet need, despite constituting 95% of all metastatic CRC cases.6

PVR-related Ig domain containing (PVRIG) has been identified as a receptor for PVRL2, a ligand overexpressed in certain cancers, and is predominantly expressed in T cells and natural killer (NK) cells.7,8 This has provided a much needed therapeutic target for researchers and spurned the development of COM701, a first in-class monoclonal antibody. 9 A Phase I trial (NCT03667716) was conducted to assess COM701 with nivolumab in patients with MSS-CRC.10

The Phase I trial enrolled 22 patients, where patients have received a median of 3 prior lines of therapy. 2 patients have previously received anti-PD(L)1 ICIs and 17 had liver metastases. The primary objective was safety and tolerability of COM701 plus nivolumab, and secondary objectives included the immunogenicity and antitumor activity of this investigational therapy.

An overall response rate (ORR) of 9% was reported across all patients receiving COM701 plus nivolumab, which was superior to that of patients receiving the standard of care consisting of regorafenib or TAS-102 (trifluridine–tipiracil). Preliminary antitumor activity was additionally detected in patients with liver metastases, where 2 out of 17 patients achieved a partial or complete response and a disease

control rate of 29% was additionally reported in this subgroup.

Patients with MSS-CRC have been a subgroup of patients who have non-inflamed tumors and therefore historically not had favorable outcomes with immunotherapy. COM701 with nivolumab have exhibited promising efficacy and safety in this Phase I trial and an further Phase I trial (NCT04570839) investigating triple blockade of PVRIG, TIGIT and PD-1 with COM701, BMS-986207 and nivolumab respectively in solid tumors is underway. 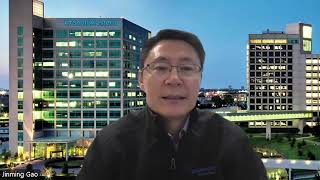 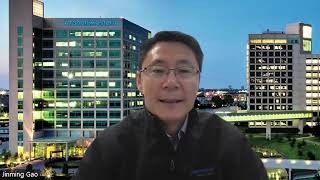 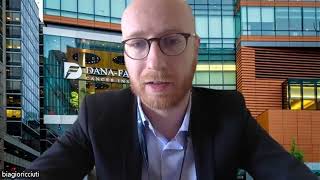 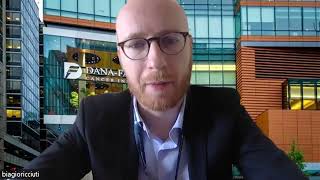