This years ASLC 2022 World Conference on Lung Cancer (WCLC) congress took place in Vienna, Austria on August 6-9. Leading oncologists in the field of lung cancer and thoracic oncology gathered from around the globe to discuss the latest exciting updates in lung cancer.

Learn more about exciting updates presented at the meeting below!

In the initial NADIM (NCT03081689) trial, the addition of nivolumab to neoadjuvant chemotherapy was shown to be highly effective in resectable stage IIIA non-small cell lung cancer (NSCLC).1 These findings were confirmed in the Phase III CheckMate 816 (NCT02998528) trial, demonstrating a higher rate of pathologic complete response (pCR) and event-free survival (EFS) with neoadjuvant chemoimmunotherapy over chemotherapy alone in resectable stage IIIB NSCLC.2 The Phase II NADIM II (NCT03838159) trial is the second prospective randomized trial in this setting, which validates the addition of nivolumab to neoadjuvant chemotherapy as superior to chemotherapy alone in patients with resectable stage IIIA-B NSCLC.3  The results of the NADIM II trial were presented at the IASLC 2022 World Conference on Lung Cancer (WCLC) in Vienna, Austria.

Patients with resectable clinical stage IIIA NSCLC with no known EGFR or ALK alterations were randomized to receive 3 cycles of neoadjuvant chemotherapy alone (n=29), consisting of paclitaxel and carboplatin, or in combination with nivolumab (n=57).

Patients who were treated with neoadjuvant chemoimmunotherapy with a higher PD-L1 expression, based on tumor proportion score (TPS) ≥ 1%, were more likely to achieve pCR. pCR rate was 36.2% in the combination arm versus 6.8% in the chemotherapy arm (P=0.007). None of the patients showing a pCR has progressed or deceased (P LogRank <0.001 and P LogRank= 0.013 for PFS and OS, respectively). The safety profile was tolerable, and most toxicities were manageable with dose reduction or interruption, with a moderate increase in grade 3–4 adverse events with the addition of nivolumab.

Conclusively, the NADIM II trial supports the efficacy of adding nivolumab to neoadjuvant chemotherapy in patients with resectable stage IIIA NSCLC, confirmed by a significantly higher pCR with no impediment to the feasibility of surgery. Following the results of this trial, it is likely neoadjuvant chemoimmunotherapy will become the new standard of care for this patient population.

Find out more about the most exciting updates in lung cancer in this roundtable discussion, where an expert panel discuss exciting clinical trials in lung cancer and how these results could impact clinical practice.

Previous findings from the Phase III IMpower010 (NCT02486718) trial demonstrated a statistically significant improved disease-free survival (DFS) with atezolizumab compared to best supportive care (BSC) in patients with resected PD-L1 TC ≥1% stage II-IIIA non-small cell lung cancer (NSCLC) following platinum-based chemotherapy.5 The significance boundary for DFS was not crossed in the intent-to-treat population, including stage IB-IIIA NSCLC. Following these results, atezolizumab was approved as adjuvant treatment in patients with PD-L1 tumor cell ≥1% stage II-IIIA NSCLC in the US, China, and other countries; as well as for PD-L1 TC ≥50% stage II-IIIA NSCLC in the EU and other countries.6,7

The Phase III IMpower010 trial was designed to compare atezolizumab with best supportive care in patients with completely resected IB to IIIA NSCLC. Patients had initially received platinum-based chemotherapy and were then randomized 1:1 to receive either atezolizumab for 1 year or best supportive care. The primary endpoint was hierarchically tested disease-free survival (DFS); key secondary endpoints included overall-survival (OS) in the intention-to-treat (ITT) population, DFS in the PD-L1 population and safety outcomes. OS biomarker analysis was additionally performed as part of an experimental endpoint.

The interim-analysis results of OS data of the IMpower010 trial were presented at the IASLC 2022 World Conference on Lung Cancer (WCLC) in Vienna, Austria. Following an additional 13 months of follow-up evaluating OS and safety, an OS trend (OS HR, 0.71 [95% CI: 0.49, 1.03]) in favor of atezolizumab over best supportive care was demonstrated in patients with a PD-L1 expression of tumor proportion score (TPS) 1% or more, but not in all of the intent-to-treat population. Additionally, a clinically meaningful improvement in OS was observed in the PD-L1 TC ≥50%, stage II–IIIA population with atezolizumab.8

Previously, biomarker testing has only been routinely performed for NSCLC in the advanced-stage setting, however, the results of the IMpower010 trial highlight the importance of biomarker testing for early-stage NSCLC, specifically for PD-L1. In this update of IMpower010, a trend towards improved OS with atezolizumab over best supportive care at the first OS interim-analysis was demonstrated in patients with PD-L1-positive stage II-IIIA NSCLC, and no new safety signals were observed with additional follow-up. IMpower010 is set to continue to the final DFS and OS analysis.8

Catch up on the most exciting advances in lung cancer from the 2022 WCLC congress!

Lobar resection has been the standard of care for the surgical treatment of early node negative (cT1N0) non-small cell lung cancer (NSCLC) since 1995, based on the results of a single randomized trial.9,10 Sub-lobar resection is a less invasive form of resection and associated with a better quality of life, reduced operative risk and better preservation compared to standard lobar resection.11

An increasing amount of evidence indicates sub-lobar resection to produce outcomes just as effective as lobular resection in appropriate patient populations. Additionally, notable advances in clinical staging and imaging modalities with the ability to detect small tumors via CT scans have reestablished an appeal for sub-lobar resection in early-stage NSCLC.12

The Phase III CALGB 140503 (Alliance) (NCT00499330) trial is a multicenter, non-inferiority study designed to determine whether sub-lobar resection is just as effective as a standard lobectomy for the treatment of patients with early non-small cell lung cancer (NSCLC), clinically staged as T1aN0 with tumors no larger than 2cm.

The findings from the CALGB 140503 study, together with the recent Phase III JCOG 0802 trial conducted in Japan demonstrating segmentectomy to be noninferior to lobectomy in a similar patient population 15 , and establishes sub-lobar as the new standard of care for patients with early-stage NSCLC.

Catch the latest in the rapidly growing field of immuno-oncology!

Low-dose computed tomography (LDCT) screening was approved in the US for lung cancer in 2013, with other nations set to follow suit shortly.16 The vast majority of lung cancer cases are caused by smoking tobacco.17 However, there is no standard of care currently offering smoking cessation within lung cancer screening programs, despite lung cancer screening offering a teachable opportunity. Evidence has highlighted the efficacy of using personalized risk information as part of a smoking cessation intervention. The Yorkshire Enhanced Stop Smoking Study (YESS) was designed to test the efficacy of a personalized approach to smoking cessation on an opt-out basis offered to all eligible smokers who attended a lung health check.18

The YESS study is a double-blind, randomized, controlled trial of an enhanced, personalized smoking cessation support package including a booklet containing CT images of the participants’ own heart and lungs, annotated where appropriate, to highlight emphysema or coronary artery calcification (CAC) with accompanying explanatory text, and scripted behavioral support delivered by a trained smoking cessation practitioner, compared to continued standard best practice.18 The primary outcome was validated carbon monoxide cessation at seven days (self-reported) by point prevalence three months after the lung health assessment event and two months after enrollment in the YESS study. Secondary outcomes include carbon monoxide validated cessation at 4 weeks and 12 months and self-reported control at four weeks, three months, and 12 months after the event.

The presence of a co-located stop smoking service and offer of an opt-out delivery of behavioral and pharmacological support for quitting smoking was demonstrated to result in a high uptake by people who smoke attending a lung health check. Females were significantly more likely to quit smoking if they received the intervention versus usual care, whereas no significant difference was observed in males, raising the question of whether gender-specific interventions are necessary.18 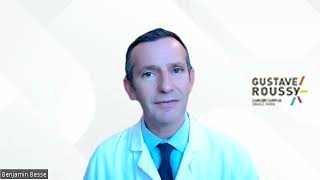 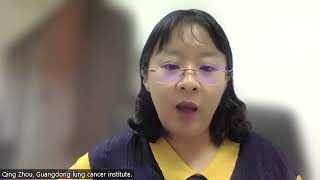 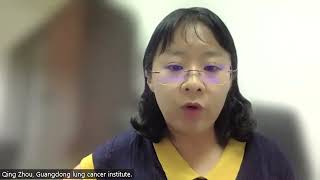 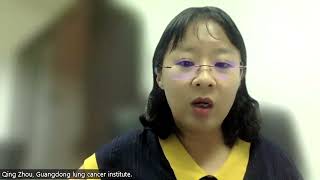