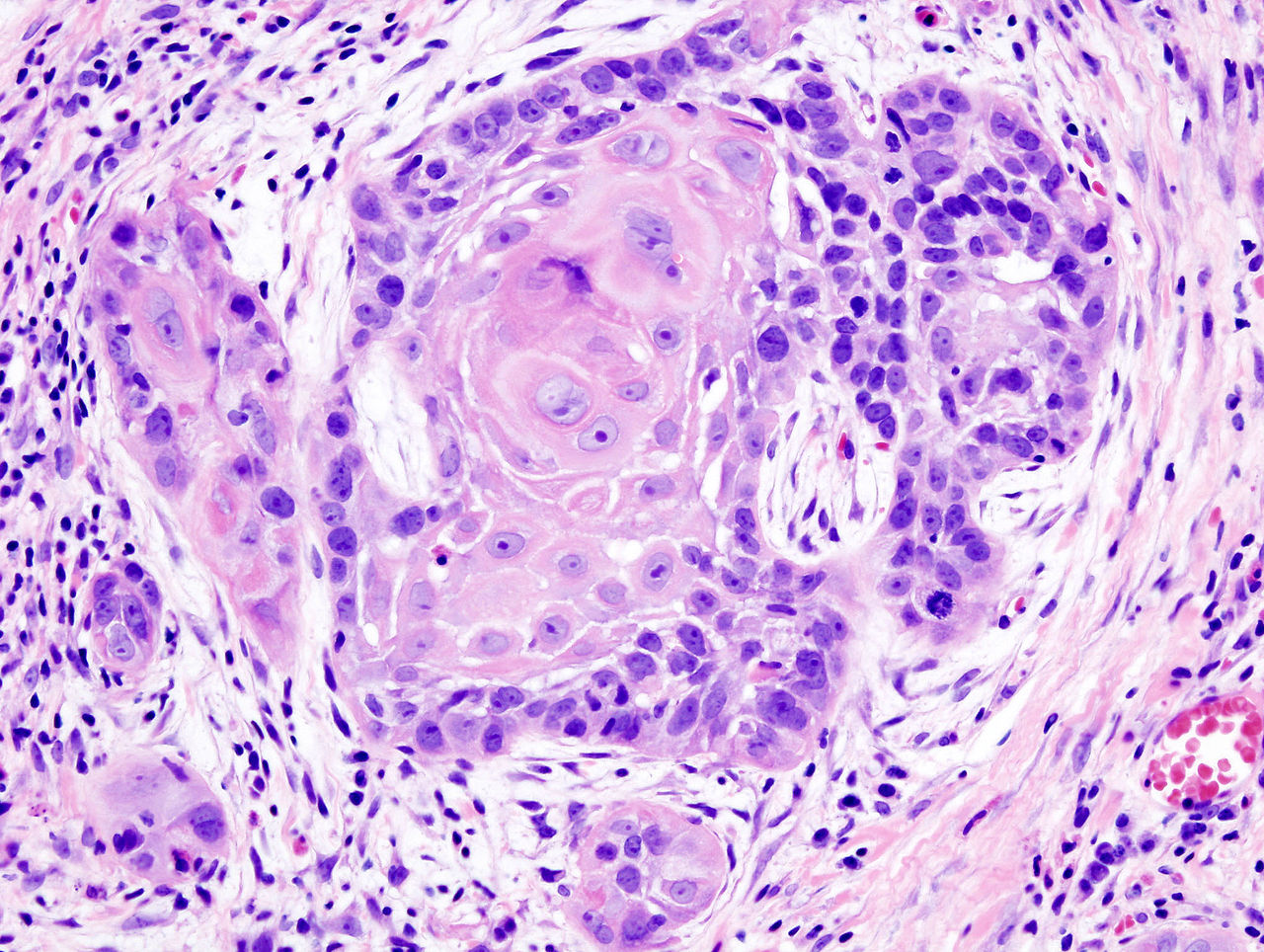 Treating head and neck cancer patients with a twice-daily radiation therapy combined with chemotherapy could save more lives, according to new research presented at the European Cancer Congress 2017 [1].

The study, led by Dr Claire Petit, a resident in radiation oncology from Gustave Roussy cancer centre in Paris, included patients with tumours in their mouths, throats or voice boxes [2], that had already begun to spread to neighbouring tissue. These patients tend to have lower rates of survival than those whose cancer was diagnosed at an earlier stage [3].

The twice-daily treatment is known as hyperfractionated radiotherapy. By splitting the daily treatment in two portions, a higher and more effective dose can be given to patients. The researchers hope that this can be achieved without increasing side effects.

Around 600,000 people are diagnosed with head and neck cancer worldwide each year [4]. It can be difficult to treat because the area of the body affected contains so many vital structures, including those responsible for breathing, swallowing and speech.   The researchers used a relatively new technique called a network meta-analysis to bring together data from 117 different trials, including 28,804 patients from around the world. This allowed them to compare 16 different treatments to find out which was best at reducing the spread of cancer and deaths from the disease.

They discovered that the twice-daily treatment, when combined with chemotherapy, cut deaths by 20% compared to the best standard treatment of once-daily radiotherapy with chemotherapy. It also reduced the risk of the cancer getting worse by 23%.

Dr Petit told the Congress: “There are a number of new treatments that have shown promise in head and neck cancer trials. This large study has enabled us to compare several of these treatments to see which is best overall in terms of reducing mortality.”

Dr Petit cautioned that she has not yet studied the side effects experienced by patients, either during treatment or in the longer term, and that more research is needed to examine this and to confirm the results. “Some of the studies we looked at did not include data on side effects; others did not follow patients long enough to pick up long-term side effects. This will be the focus of more research over the next year.”   She added: “Moreover, the method we used, network meta-analysis, which combines direct and indirect treatment comparisons, is a new method that needs to be interpreted with prudence.

“However, this is an important finding for this group of patients who have a higher risk of their cancer recurring following treatment.”

Professor Philip Poortmans, President-elect of ECCO and head of the Radiation Oncology Department at Radboud university medical center (Nijmegen, The Netherlands), said: “This research provides good evidence for the benefits of treating advanced stage head and neck cancer patients with a combination of twice-daily radiation therapy and chemotherapy, compared to one or even none of these separately. Before we can apply these very interesting results into daily clinical practice, we need to wait for the outcome of the next stage of this research – namely the evaluation of the short and long-term side effects. This is of utmost importance for the quality of life of the patients and their relatives.

“Moreover, it would be preferable to perform prospective trials to confirm these results. If that is not feasible, or if we cannot wait for their outcome for some subgroups of patients who have the worst survival currently, then we should at least register carefully all the outcome parameters in prospective multi-centre databases so that they are available later on for analysis.”

[1] The European Cancer Congress is the only truly multidisciplinary oncology congress in the world. It is organised by the European CanCer Organisation (ECCO), a not-for-profit federation of 25 member societies, representing over 80,000 professionals working in cancer.
[2] The research focused on squamous cell carcinoma. This is the most common type of head and neck cancer. It typically originates in the oropharynx (back of the mouth), oral cavity (mouth), hypopharynx (just below the oropharynx and above the oesophagus) or larynx (the voice box).
[3] According to the American Cancer Society, the survival chances at five years in the US between 2002 and 2008 were 82% with a localised tumour and 57% with a locally advanced tumour.
[4] According to Globocan, the worldwide estimated of incidence in 2012 was around 600,000 new cases of head and neck cancer.
[5] Dr Claire Petit holds a scholarship grant from the French Fondation ARC. The study was also funded by the French Ligue Nationale contre le Cancer and the French Ministry of Health.