Michael Morse, MD, Duke University Medical Center, Durham, NC, discusses the results of a Phase Ib/II study of pembrolizumab with lanreotide depot for advanced, progressive gastroenteropancreatic neuroendocrine tumors (GEP-NETs). The use of pembrolizumab in the PLANET study (NCT03043664) resulted in stable disease in approximately 40% of patients. This interview was recorded via an online conference call with The Video Journal of Oncology (VJOncology).

This is a Phase Ib/II study of pembrolizumab with lanreotide for advanced neuroendocrine tumors, which we gave the name PLANET. We reasoned that somatostatin analogs such as octreotide and lanreotide are typically recommended as first-line systemic therapy for patients with GI tract and pancreatic neuroendocrine tumors. They do, of course, control the progression of disease and, in those with symptoms, can control the symptoms as well...

This is a Phase Ib/II study of pembrolizumab with lanreotide for advanced neuroendocrine tumors, which we gave the name PLANET. We reasoned that somatostatin analogs such as octreotide and lanreotide are typically recommended as first-line systemic therapy for patients with GI tract and pancreatic neuroendocrine tumors. They do, of course, control the progression of disease and, in those with symptoms, can control the symptoms as well. When this progression on a somatostatin analog, there are a number of second-line options.

Recently, there has been some studies using higher doses or more frequent dosing of a somatostatin analog, for example. But there are also targeted therapies, and peptide receptor radiotherapy, local regional therapies, and chemotherapy that are options as well. It’s been observed that there are immune cells that do infiltrate neuroendocrine tumors, and there can be expression of checkpoint molecules within the tumor milleu There have been studies with checkpoint blockades, such as pembrolizumab, alone in neuroendocrine patients that have seen response rates of between 3.7 and 12%.

We’re aware that lymphocytes do have receptors for somatostatin, and there are changes, of course, in hormone production, including serotonin, when somatostatin analogs are administered. Some of these hormones, like serotonin, can be immune-modulatory. We hypothesize that combining the somatostatin analog lanreotide with checkpoint blockade might have synergy in low and intermediate-grade GEP-NETs.

The purpose of the study was to evaluate the response rate by resist 1.1 criteria to pembrolizumab in combination with lanreotide depot in subjects who had progressed and had advanced or metastatic GEP-NETs. The inclusion criteria, as I pointed out, were people with well-differentiated or moderately differentiated GEP-NETs, with disease progression in the last 12 months, who did not have resectable disease. They had to have a prior somatostatin analog and, of course, something that was measurable: a good performance status and either a mitotic rate of less than 20 or a Ki67 less than 20%.

We started with a safety cohort of patients just to be certain that there would be no toxicities beyond those that would have been expected from the two drugs by themselves. Then, we expanded once we saw no treatment discontinuation events in the safety cohort. We continued with another 16 patients for a total of 22 patients enrolled. Individuals receive lanreotide at 90 milligrams, Sub-Q, every three weeks to match the pembrolizumab dosing of 200 milligrams IV every three weeks until progressive disease or intolerable toxicity. Imaging was performed every four cycles. That would be every 12 weeks. We also obtained tumor specimens that had been previously archived for these patients to assess the T-cell infiltration and the PD-L1 expression as well.

This patient population was made up of approximately two-thirds GI tract, neuroendocrine tumors, and about a third pancreatic neuroendocrine tumors. The median age was 60. The primary site within the GI tract was in the usual locations that one would expect, the OEM, for example, and, of course, I mentioned there was the pancreatic group as well.

We looked at the PFS and OS for the entire study population, and then we separated it by GI tract or pancreatic neuroendocrine tumor. For the progression-free survival, the median for the entire population was 5.4 months. If it was separated by GI tract or pancreatic, it was 5.7 months median in the GI tract and 2.3 months in the pancreatic neuroendocrine tumor. If we looked at overall survival in the entire group, the median survival was not reached.

The adverse events were as expected for the two different drugs and were predominantly those that can be seen with immune checkpoint blockade. Among the grade three adverse events, there were 5% abdominal pain, 5% colitis, 5% diarrhea, 5% elevated alanine aminotransferase, and 5% rash. There were no grade four adverse events.

At the time of this presentation, 12 patients had had their archival tumor tested for PD-L1 expression and infiltration by TILs. In 11 out of the 12 specimens, there was some degree of TIL filtration. Although in the majority of patients, it was only one plus.

In summary, in this population of patients with well or moderately differentiated GEP-NETs would progress on a median of two prior therapies, including a somatostatin analog, and in whom a minority had PD-L1 expressing tumors. The combination of lanreotide and pembrolizumab produced stable disease in 40% of patients. The median PFS was 5.4 months. The median overall survival had not been reached. Six patients did experience pembrolizumab-related serious adverse events, but there were no new safety signals identified. We are performing peripheral blood immune analysis, and the results are pending.

We conclude that there is a need for further studies to identify other approaches to increase the immunogenicity of well and moderately differentiated GEP-Nets. Regarding the serious adverse events, these occur in a total of six patients, including abdominal pain, pneumonitis, colitis, and hyperglycemia, all of which were attributed to pembrolizumab. 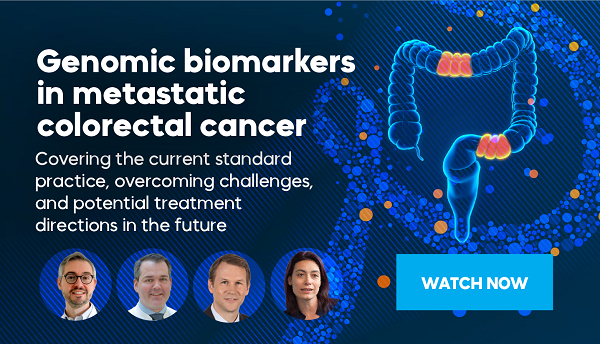 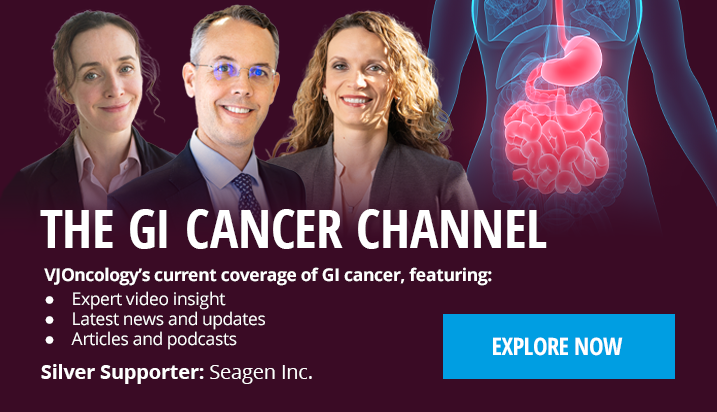 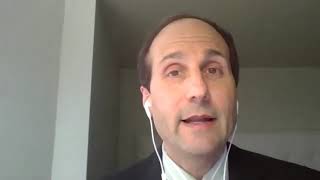 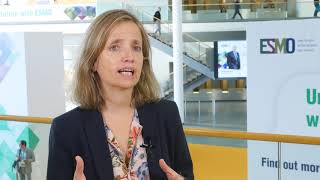 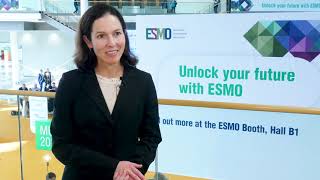 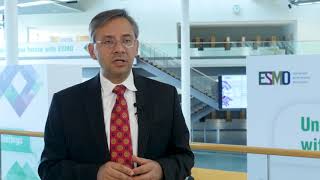 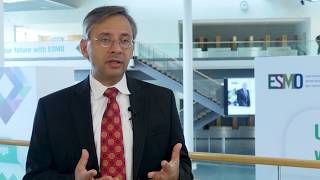 2:40
Key outcomes of the Phase 1b of atezolizumab and bevacizumab for advanced HCC
Michael Pishvaian