GU Cancers 2019 | Cabozantinib plus docetaxel and prednisone in mCRPC

Munjid Al Harthy, MD, of National Cancer Institute, Bethesda, MD, outlines a study of cabozantinib plus docetaxel and prednisone in the treatment of metastatic castration-resistant prostate cancer (mCRPC; NCT01683994). Speaking at the 2019 Genitourinary Cancers Symposium, held in San Francisco, CA, Dr Al Harthy describes how the addition of cabozantinib to the standard treatment of docetaxel and prednisone brought about superior PSA response rates.

Our trial looked at the addition of cabozantinib in addition to docetaxel and prednisone for the treatment of patients with metastatic castrate resistant prostate cancer. I’m sure as you know the overall survival of patients treated with those attacks on docetaxelin and prednisone is around a year and a half. So there’s definitely room to improve upon that and one strategy is to do that would be to use combination-based treatments so the drug that we investigated I think was cabozantinib which is a small molecule inhibitor of Met, VEGF, AXL and RET and it’s been shown in two Phase 3 clinical trials to have some clinical efficacy in prostate cancer with CTC conversion improvement in bone scan response. So, this is why we decided to add it to the backbone of docetaxel and prednisone which is the standard treatment for patients with metastatic castrate business and prostate cancer.

So the baseline characteristics of the two groups were fairly balanced with the exception of baseline PSA it was slightly higher and patients who received docetaxel and prednisone alone at 309 versus 63 in patients who received the combination of c plus DP. So, this is just something that needs to be kept in mind when interpreting the data.

With the addition of any treatment we worry about increased adverse effects and tolerability. And so we did find that in the combination group C plus DP there was a significantly higher risk of grade three and four adverse events which remain the neutropenia, leukopenia, some mucocytis and hand and foot syndrome as well. When we look at the needs to discontinue or dose reduced therapy, we see that around 70 percent of patients in the combination group C plus DB had to have a dose reduction of their cabozantinib and about 30 percent of patients we had to discontinue the cabozantinib permanently, a median of about five cycles after the start of therapy. So essentially the conclusions of this study was that the addition of cabozantinib to those stats on prednisone is associated with a superior PSA response as well as time to progression. However, in our study at least it hasn’t panned out as far as overall survival yet and so we think that there needs to be additional study to further confirm this benefit in this patient population. 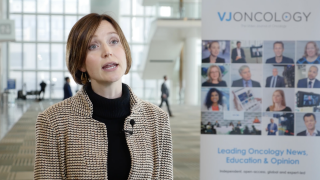 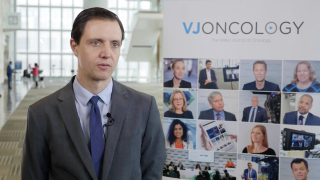 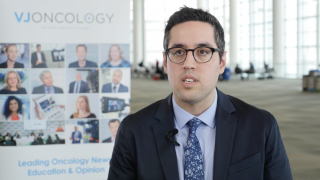 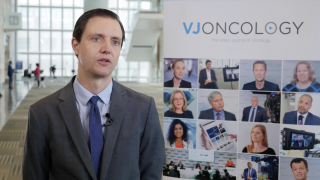