BTOG 2021 | The role of virtual consultations in cancer treatment

Robert Rintoul, BSc, MBChB, FRCP, PhD, Cambridge University Hospitals NHS Foundation Trust, Cambridge, UK, talks on the role of virtual consultations in the management and treatment of patients with cancer. Dr Rintoul outlines the impacts of the COVID-19 pandemic and summarizes data from two Merck Sharp & Dohme (MSD)-funded studies investigating the experiences of patients and healthcare professionals (HCPs) participating in virtual consultations. The patient survey study reported that a large proportion of consultations were conducted by telephone, as well as reporting a large increase in the proportion of video consultations. The majority of patients expressed a preference for face-to-face consultations, in particular for first consultations, diagnosis and when receiving bad news. Results of the survey of HCPs were similar to those observed in the patient survey, with additional challenges reported around explaining X-ray and CT scan results to demonstrate the extent of disease when undertaking virtual consultations. Finally, Dr Rintoul comments on the impacts of the COVID-19 pandemic and the growth of virtual consultations on research. This interview took place during the 19th British Thoracic Oncology Group (BTOG) Annual Conference 2021.

Virtual consultations, is it a step forwards or a step backwards? So, the background to this is that at the beginning of the pandemic in March 2020 as the first wave hit the UK, many of our normal face-to-face consultations were quite rapidly switched to virtual consultations in order to protect clinically vulnerable patients. Prior to the pandemic, our clinical nurse specialists had been using the telephone quite a lot for talking to patients, but actually doctors generally weren’t...

Virtual consultations, is it a step forwards or a step backwards? So, the background to this is that at the beginning of the pandemic in March 2020 as the first wave hit the UK, many of our normal face-to-face consultations were quite rapidly switched to virtual consultations in order to protect clinically vulnerable patients. Prior to the pandemic, our clinical nurse specialists had been using the telephone quite a lot for talking to patients, but actually doctors generally weren’t. They were doing everything face-to-face.

So, because there was little work on this prior to the pandemic, the pharmaceutical company MSD commissioned two surveys to look at the effect this might be having on patients, and also on healthcare professionals. The patient survey was undertaken in partnership with the Roy Castle Lung Cancer Foundation. The healthcare professional survey was undertaken in partnership with the British Thoracic Oncology Group, the UK Lung Cancer Coalition, and Lung Cancer Nursing UK.

Now, for clarity, MSD funded the studies, they designed them with a lot of input from the partners, and they interpreted the results, initially wrote the initial reports, but again, with input from the other partners prior to publication.

The surveys were online, that’s important to note. You had to have access to a computer, so this may have disadvantaged some patients, in particular, who didn’t have access online. The other important point to note is that the surveys were undertaken between late September and mid-October 2020. So, after the first wave and prior to the second wave.

Thinking about the patient survey, first of all, what we found was that, not surprisingly, patients reported that a large number of their consultations had switched from being face-to-face to being virtual. And when I say virtual, in fact, the vast majority, almost all of them, were telephone consultations. Prior to the pandemic, apparently, about 84% of consultations were face-to-face, about 16% on the phone, but that switched to 54% on the telephone and about 40% face-to-face. So, a big switch. Video consultations were being used a little bit pre-pandemic, and that rose during the first wave to about 5%. That’s probably because trusts didn’t have the equipment installed and they gradually installed the equipment as they went along. So, the vast majority were by telephone.

When asked, patients, the vast majority about three-quarters, said they, not surprisingly, preferred face-to-face. And in fact, almost all of them preferred face-to-face for subjects such as breaking bad news or first consultations. Some people said that problems they had with telephone consultations if they were hard of hearing, sometimes ensuring they got their points across, and other communication issues. The sorts of things you could anticipate.

When you drill down in a little bit more detail with patients about what are they comfortable with? They are very clear that for what one might call the big-ticket items, the first consultations, getting their diagnosis, breaking bad news, things like that, they very much prefer face-to-face. But if they’re simple issues, simple queries that can be dealt with on the telephone or maybe for a regular checkup when they’re not expecting any great changes, then they’re more comfortable with the telephone. But certainly, for major events, they say they prefer face-to-face. Interestingly, around about 50% of people said they would be worried about receiving bad news over the telephone.

Thinking about the healthcare professionals, again, the patterns they reported were similar, mirroring the patterns reported by patients. Nurses, clinical nurse specialists, using telephone consultations more prior to the pandemic than clinical staff were. Some of the issues that healthcare professionals mentioned in the survey, things such as difficulty showing patient’s chest X-rays or CT scans. Things that we now quite commonly do during our consultations, in order to explain to people their diagnosis or the extent of their disease. You can’t do that over the telephone and it’s very difficult to do that on a video consultation either. The setup just isn’t there.

Again, when you look at the various different types of consultations a healthcare professional might have, again, they said, similar to the patients, for the big-ticket items, such as the first consultation, giving a patient a diagnosis, breaking bad news, amending a treatment plan, or maybe moving from active anticancer treatment more to a palliative treatment setting, so the big-ticket things, they really much preferred face-to-face and that’s the way they wanted things to go. But again, you know, for routine reviews, again, for dealing with questions and queries and for routine follow-up, face-to-face would be acceptable.

And so I think, you know, reflecting on all this and these survey results and where we stand now, moving forward, I think probably we will find, generally, that we’ll go back to face-to-face for the majority of things. I think that’s what everyone prefers. I think humans prefer face-to-face contact to this virtual world we’ve been living in for the last year. But I think it may be more of a mixed economy. I think there is a role, more of a role, we’ve learnt over the last year, for more virtual consultations, particularly, if we can get more video consultations going. I think that, you know, may have a bigger role in certain scenarios as I’ve outlined for follow-up. But that will largely depend on the ability of the NHS to put that infrastructure in place.

The downsides, of course, is that you can’t do tests. So, you know, often patients coming back post-surgery for routine follow-ups over the years will have a chest X-ray on the day, which we’ll then look at and talk to the patient about, because they’re often very keen I find in my follow-up clinics to know what their chest X-ray showed. Was it all okay? And again, CTs done prior to clinic can then be discussed with patients. We lack the ability to do that. And of course, if you then have to say to a patient on the telephone, “Well, I think I need to see you face-to-face.” That can raise all sorts of alarm bells. So, I think these things will have to be handled sensitively.

And the other thing, finally, that neither of the surveys addressed, was research. And quite often, when we’re seeing patients in clinic, we may have timed the clinical visit with a research visit in order to collect specimens, biosamples that the patients might be giving a blood sample or a sputum sample, in order to make life easy for patients doing the two things together. And of course, you can’t do that. So, I think, as I said, just in conclusion, I think it will be a mixed economy, but I suspect we’ll fairly rapidly go back to majority of face-to-face. 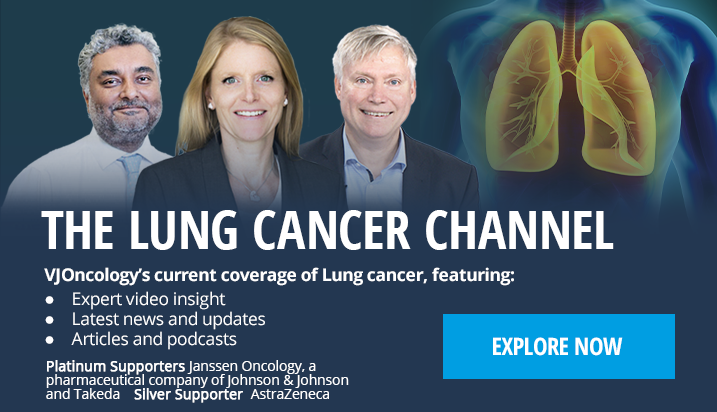 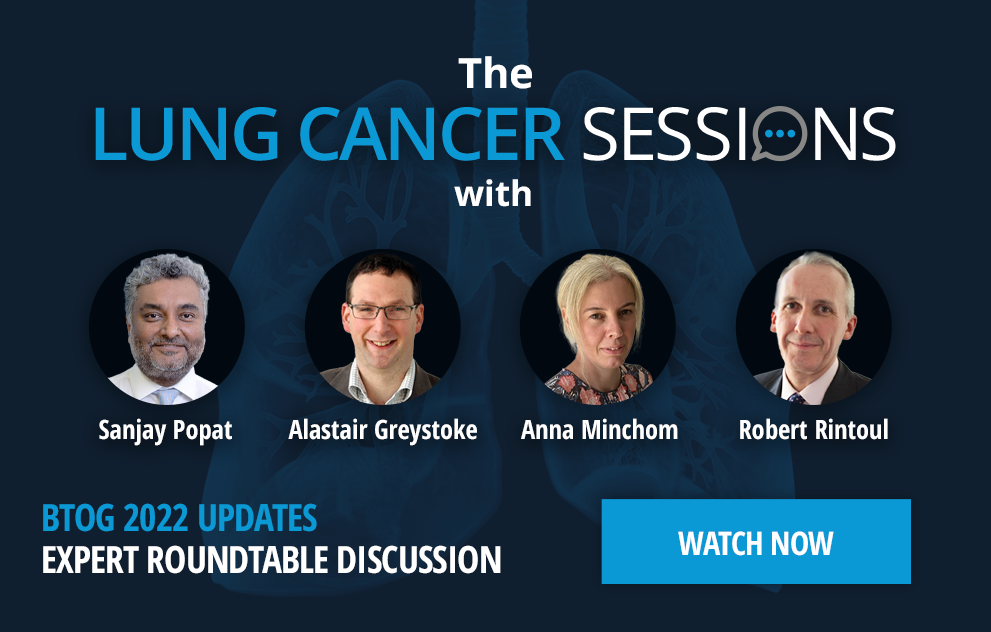 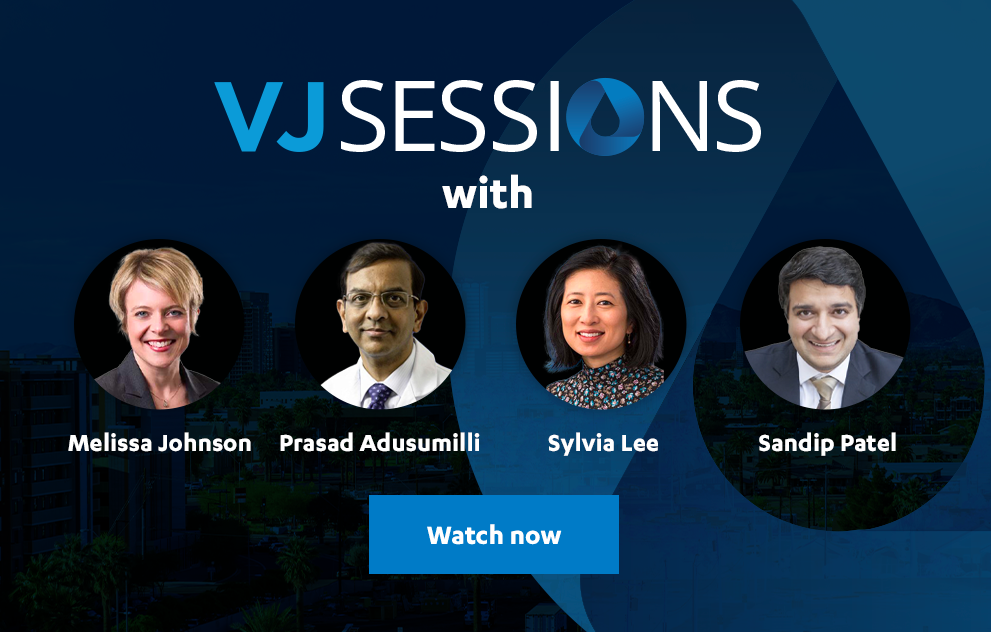 Robert Rintoul, BSc, MBChB, FRCP, PhD, has participated in a clinical advisory board for AstraZeneca and Roche Pharmaceuticals in the last 3 years; is the Clinical Lead for the UKLCC Clinical Advisory Group; and has no financial of contractual relationship with MSD. 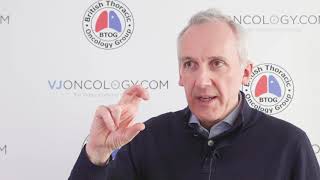 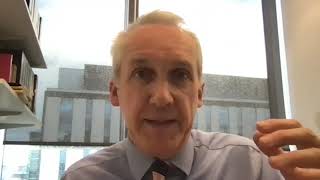 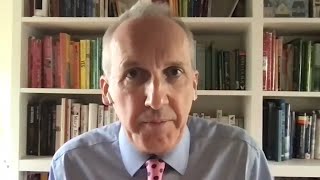 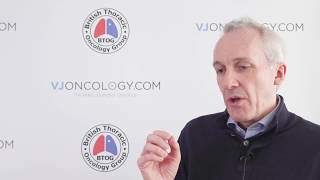 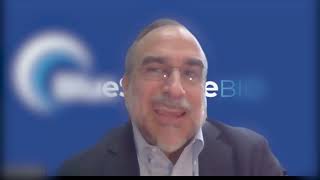 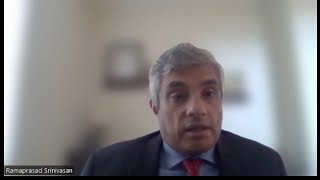 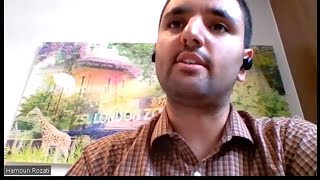 2:10
The role of radiomics to predict the occurrence of brain metastases
Hamoun Rozati • 15 Jun 2022 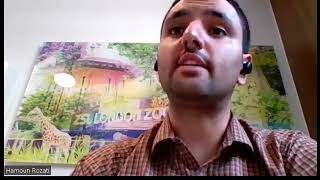