The BIONIKK trial is a French academic randomized phase two trial. This is a non-comparative trial. It is based on the fact that we already identified molecular patients with metastatic clear cell renal cell carcinoma. We identify four molecular groups with distinct biologic features, distinct tumor microenvironment composition and distinct outcomes with sunitinib...

The BIONIKK trial is a French academic randomized phase two trial. This is a non-comparative trial. It is based on the fact that we already identified molecular patients with metastatic clear cell renal cell carcinoma. We identify four molecular groups with distinct biologic features, distinct tumor microenvironment composition and distinct outcomes with sunitinib. It was published in 2015, and what we found is we found four distinct molecular groups. Group one and four were patients with the poorest outcome with sunitinib, group one was identified as immune desert tumors and ccRCC four, group four was identified as immune eye tumors. But the two groups shared the poor prognosis. Conversely, ccRCC two and three were associated with the best outcomes and particularly ccRCC two, which was identified as a non-dual eye tumors, very enriched non-dual diseases and in these tumors. So based on this result, we constructed a gene expression signature or 35 genes, and we designed the bionic trials.

And for group two since we had very good responses to sunitinib, we proposed nivolumab ipilimumab versus sunitinib or pazopanib. The patients were treated until progression. There’s unacceptable toxicity on the study, definite 18 months, as the primary end point was objective response rate per arm and per group based on resistor 1.1. This is the general scheme of the study. So we have 308 patients who are screened for the study, to a randomized finally 202 patients. And mainly in what we say, a target cohort of 163 patients. All these patients were grouped on the same platform, and a second additional cohort of nearly 33 patients were grouped on a second platform to assess this inter-platform heterogeneity.

So the primary end point overall response rate on this target cohort of patients 163, among which 154 were evaluable. So the distribution in group was group one, tumors were more frequent. We see nearly 64 patients, followed by group two with 59 patients, and we found a very, very small group of patients in group three with only seven patients. So the main result in the primary endpoint was objective response rate. In group one, we found that with nivolumab a response rate of 20.7% in group one, from nivolumab ipilimumab 39% of response. And in group four which are the poorest prognosis group, both arm did better because we found 50% of a beautiful response rate for nivolumab alone with 7.81% of complete response, and for the nivolumab ipilimumab we found a 53% of response with 11.8% of complete response.

When we look at the median time to response, nearly the vast majority of patients had their first response at the first CT scan, even in the group of nivolumab which was not so obvious to find this response so early. And for TKI we have a specific group of patients who responded very later, with TKI in group two more than 10 months for about 30% of the patients with TKI. And the duration of response were very prolonged for each patient in each group, each with one arm. In terms of toxicity, we did not find any new safety sign as compared to published data. And in the presentation. I also show very exploratory results. When we look at the distribution of the immune cell composition by gene expression, by transcriptonics data on 84 patients, we found again that group four is a highly infiltrated and more infiltrated than the two other groups. And particularly for cytotoxic lymphocytes, it probably explain parts as a result of the nivolumab arm which has a very high response rate.

We have a huge ancillary program, including in-situ protein expression, transcriptomics, an Italian intelligence artificial program also on digitalized FFP slides, and a large part of blood biomarkers. So, in conclusion if we have to conclude the trial, this is the first randomized clinical trial based on prospective and real time molecular assessment, to get your opinion from applying a ccRCC. And the ccRCC group enables to only reach response rates. We have a higher response rate as first seen with nivolumab in group four, with durable responses in patients in group one, tumors combination of nivolumab and ipilimumab seems to be necessary to improve the outcomes, in ccRCC two, TKI provided a very high response rate. And the median PFS was not reached. I did not mention the immediate followup was 16 months. And interestingly in this group two, we found also the highest complete response rates with nivolumab ipilimumab. So it’s a very interesting group too.

So the BIONIKK trial provides the evidence that on the best candidates to receive TKI nivolumab alone, and nivolumab ipilimumab. A biomarker program, including transcriptomic to make analysis of this in situ protein expression, and analysis of circulating immune cells is currently ongoing. And I hope that this result will be available very soon. The main results of the trial and I mentioned to you that it is an academic trials. The sponsor is Arctic. It’s an association based on our hospital in France. And so this work was made possible, thanks to Arctic and all the 15 centers in France, and the lab team will participate in this trial also. 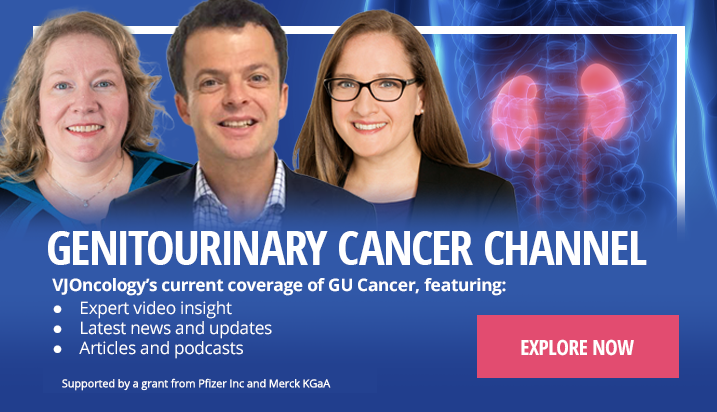 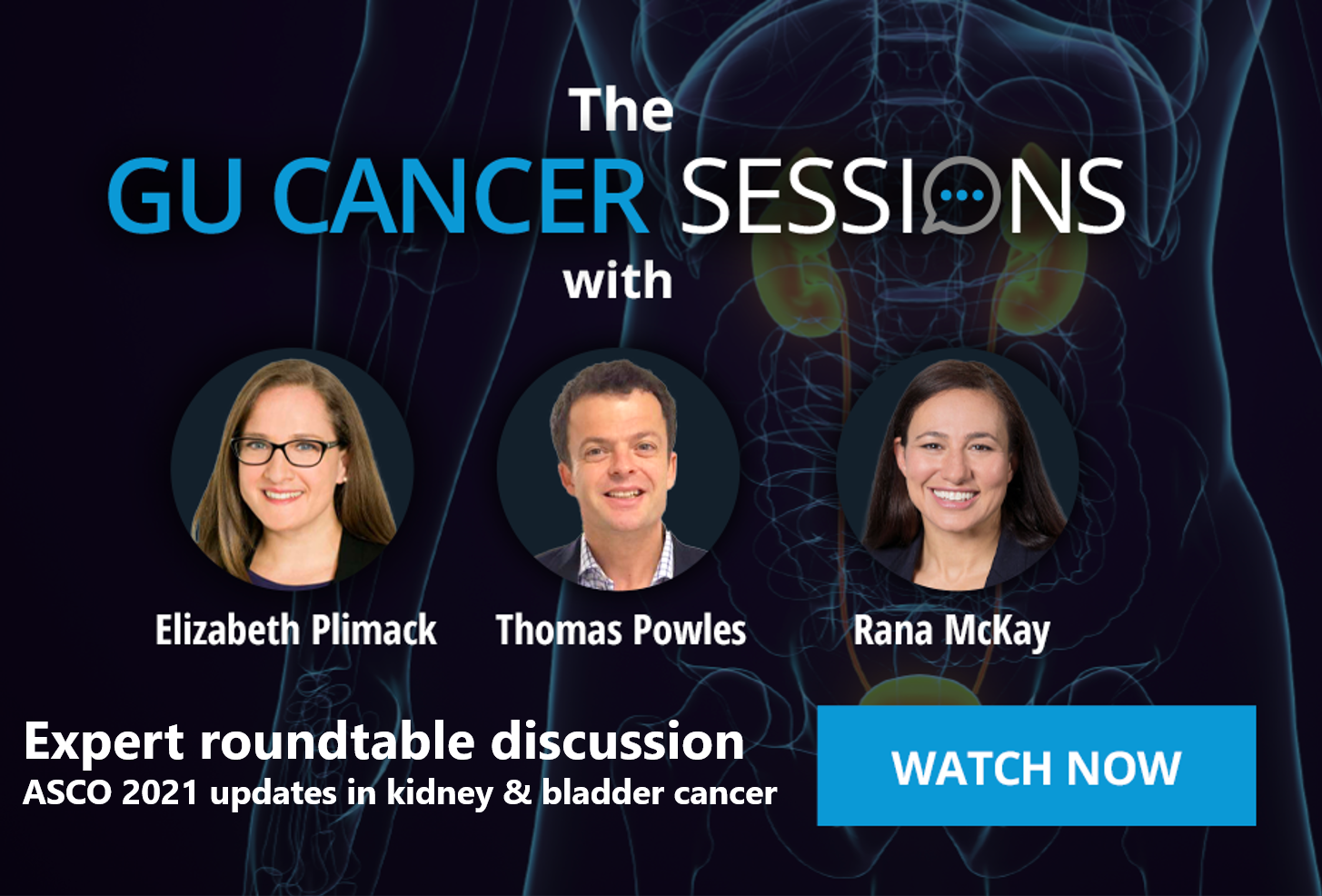 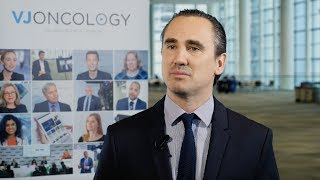 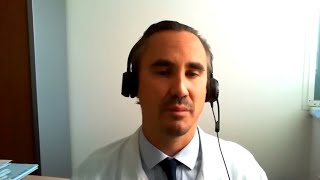 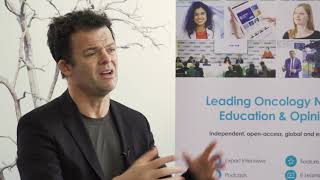 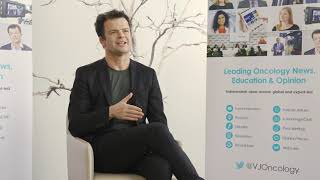 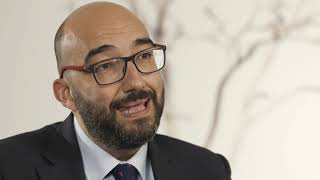 3:58
Pembrolizumab in combination with sEphB4-HSA (B4) in previously treated mUC
Enrique Grande • 17 Sep 2021 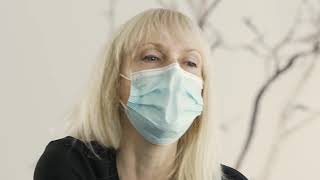