Rebecca Dent, MD, FRCP, National Cancer Centre Singapore, Singapore, talks on the treatment of triple-negative breast cancer (TNBC) at ESMO Breast 2021. Prof. Dent discusses the advantages of perioperative systemic therapy, including the creation of opportunities for risk-reducing surgeries and restratification in the residual disease setting. Prof. Dent also outlines the ESMO and ASCO guidelines for treatment in the neoadjuvant setting and comments on the optimal systemic therapy, reporting that optimal treatment of lower-risk patients with breast cancer remains to be determined. Finally, Prof. Dent talks on the use of platinum therapy, highlighting data from recent clinical trials, including results from the Phase III BrighTNess trial (NCT02032277) exploring the addition of platinum-based therapy to chemotherapy in patients with early-stage TNBC. This interview took place at the virtual European Society for Medical Oncology (ESMO) Breast Cancer Congress 2021.

My talk at ESMO Breast is on “How to treat breast cancer patients with triple-negative on Monday morning”, and it’s certainly a very exciting time for, I think, clinicians and patients who are treating triple-negative, because we’ve made so much progress over the last 20 years. And we recognize that this is a very chemosensitive disease, and so, we’re treating more and more patients in the neoadjuvant setting...

My talk at ESMO Breast is on “How to treat breast cancer patients with triple-negative on Monday morning”, and it’s certainly a very exciting time for, I think, clinicians and patients who are treating triple-negative, because we’ve made so much progress over the last 20 years. And we recognize that this is a very chemosensitive disease, and so, we’re treating more and more patients in the neoadjuvant setting. What this allows us to do is risk stratify based on that response to neoadjuvant therapy.

So, I start my talk really discussing, what are the advantages of preoperative systemic therapy? The first thing is, we know that up to 20% of patients with triple-negative or germline BRCA carriers, so that gives us time, if you do neoadjuvant therapy, to potentially go for bilateral mastectomies, other risk-reducing surgeries. It allows us to get treatment in earlier, which may have some efficacy benefit. It allows us to assess response, and in patients who have residual disease it allows us to restratify, so to give further adjunctive therapies in the residual disease setting.

What size of is our cut-off though if we’re treating in the neoadjuvant setting? The ESMO and ASCO guidelines give us some guidance on this, and there’s some differences, but I always say it should be at least clinically measurable. The European guidelines from ESMO suggest over 2 centimeters, the ASCO guidelines suggest at least 1 centimeter. So, I think again, as long as it’s palpable and you can monitor response.

Then the next thing is what is the best systemic therapy? What’s interesting if you look a lot of the trials going on right now in TNBC, a lot of them have different backbones, but I would say many of them, the majority of them, will have an anthracycline-taxane backbone and that forms the basis for a lot of the guidelines. So, the ESMO, NCCN, ASCO guidelines all recommend anthracycline-taxane combinations. For breast cancers at about 1 to 2 centimeters or larger, they’re recommending ACT.

Now, what about the lower risk patients, the T1as and the T1bs? And that’s where we don’t really know. There’s some data on TILs suggesting that there are a subgroup of patients that could be spared chemotherapy, but the St. Gallen Consensus Panel was just held, and people are still not comfortable using TILs to identify these lower risk patients. So, for now, the T1as, if you look at the St. Gallen or the NCCN guidelines, they’re suggesting less than 0.5. Not usually are we going to give chemo. That’s on a case-by-case basis. 0.6 to 1 consider maybe something like TC, but we don’t have a lot of data to guide that particular size, but as I said, over 1, many people and a look in the guidelines, are giving ACT.

So the last question really is, who should get platinum therapy? As we know, there’ve been some single-arm, randomized Phase IIs, but limited larger studies, looking at the benefit of the addition of platinum to standard anthracycline-taxane chemotherapy. Two randomized trials suggested improvements in path CR over 50%, but inconsistent long-term event-free survival results.

And so, we’re very excited to see, potentially, the results of the BrighTNess trial, which is the largest trial – we have over 600 patients – looking at anthracycline-taxane plus or minus platinum, plus or minus PARP inhibitor, but that didn’t show an improvement. So, we’re waiting for the platinum long-term data. Because certainly in terms of path CR, with the addition to platinum in the BrighTNess trial, we had an improvement in path CR rates, that were really over 25%. So again, we want to see the long-term event-free survival.

So, why would you not give platinum? Well, I think the first thing is it does increase your rate of myelosuppression, and certainly all the data shows that in the BrighTNess trial. 42% of patients had an AUC drop from AUC of 6 to 5 because of myelosuppression. We don’t know the right schedule, whether it’s weekly or every three weekly. But again, all of the guidelines now say, they have a footnote that say you can consider in select patients. I think the hard thing is we don’t know which patients those are.

So in my practice, I really say the high-risk younger patients that are at least T3, T4 node positives, generally I’m offering those patients platinum. But remember you need to optimize your taxane dosing. You can’t compromise that. And understanding that in younger patients, higher risk of infertility with the addition of platinum. So again, stay tuned for the long-term event-free survival data on that.

Peter Schmidt will be talking about, is there a role for immunotherapy? But in patients who have residual disease after neoadjuvant therapy, we all know that the results of the CREATE-X trial suggested improvement in overall survival. So now in part of the guidelines, ESMO, ASCO, ASO, all of them, recommend offering adjuvant capecitabine for six to eight cycles in those patients with residual disease. And there are actually a number of metanalyses that are now done suggesting improvements and outcomes, again, in patients with triple-negative with residual disease.

So, I guess the only last thing to comment on is what to expect in the next little while. At ASCO this year, we’re going to see data from the OlympiA trial, which looks at patients that are germline BRCA carriers who have residual disease, and whether you get PARP inhibition or placebo. And as we know, there was a press release suggesting that this did improve outcomes, and hence the IDMC recommended for presentation of this data at ASCO, as I mentioned. 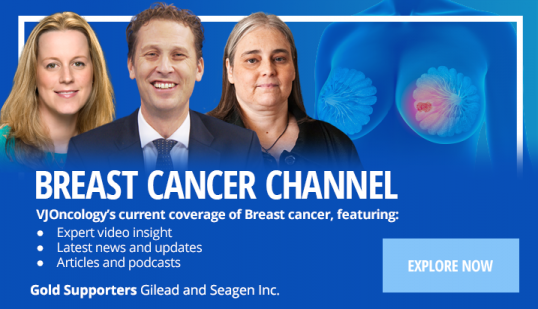 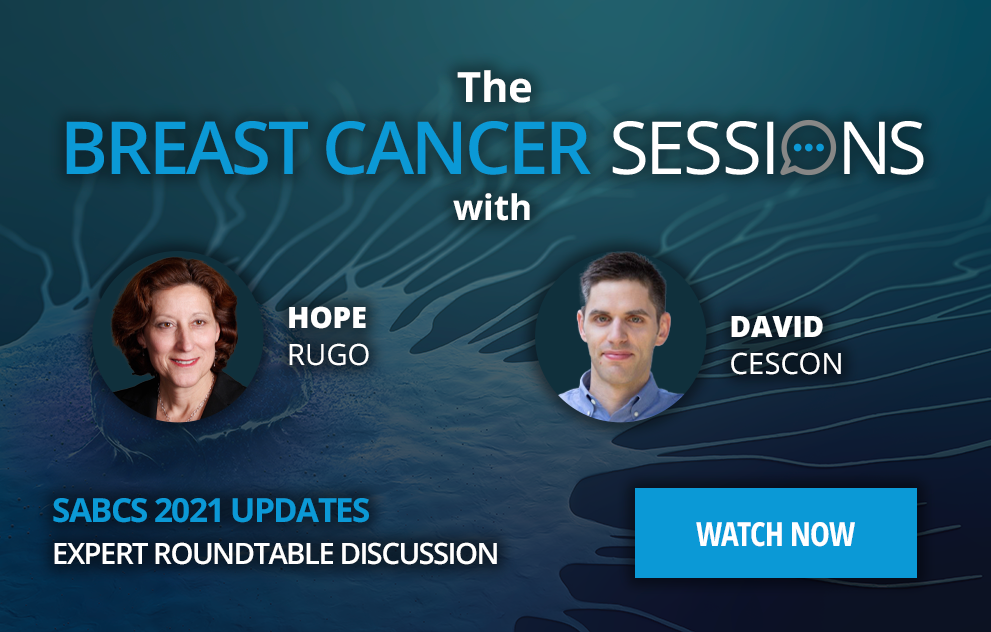 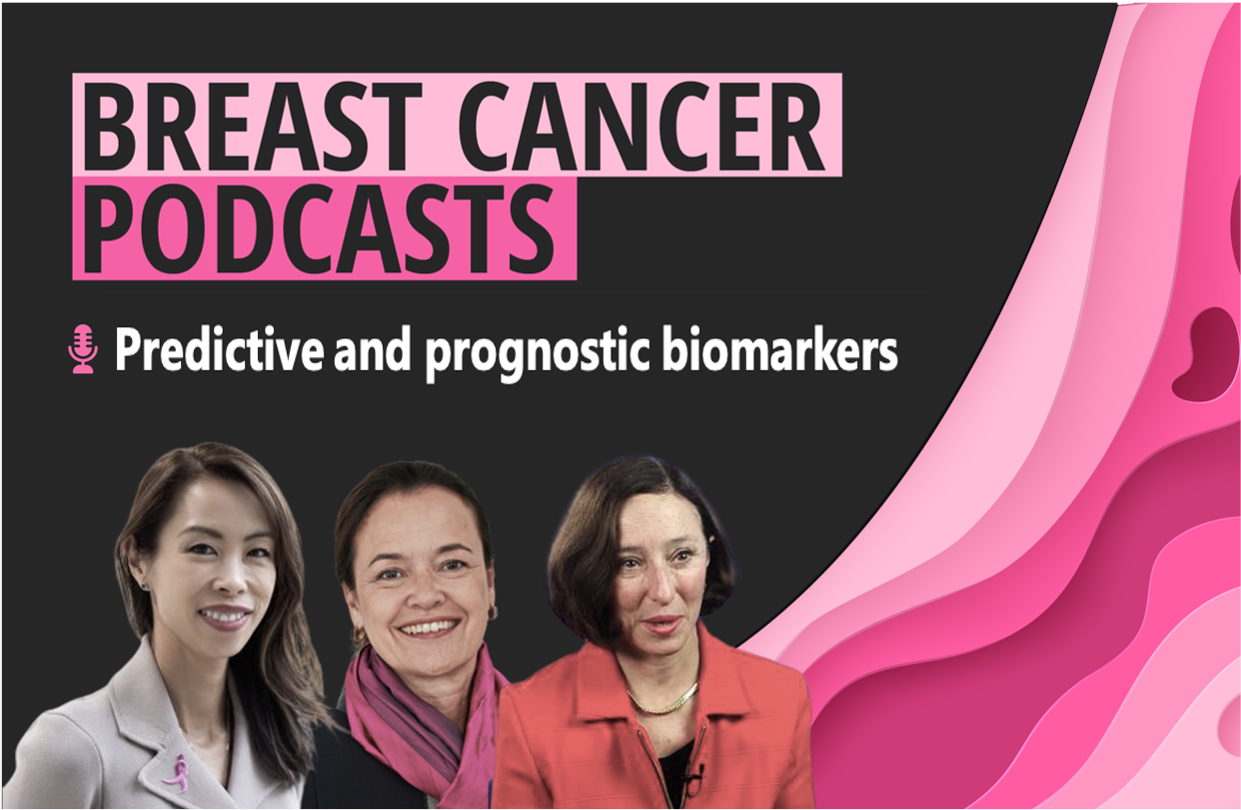 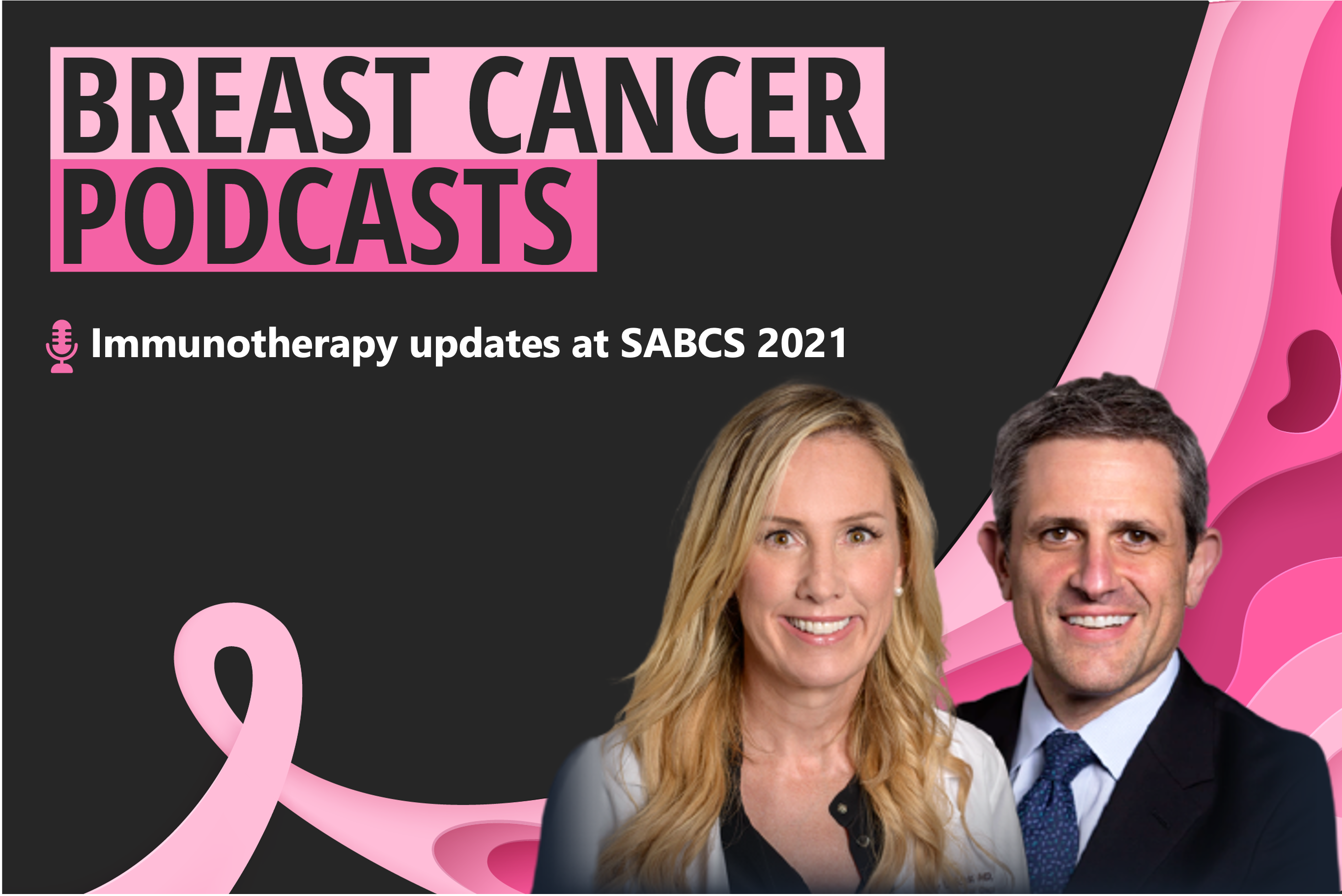 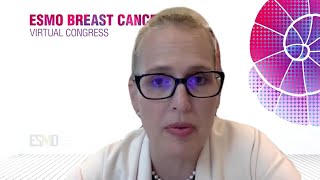 4:13
Where does immuno-oncology fit in the treatment landscape of TNBC?
Rebecca Dent • 29 Apr 2021 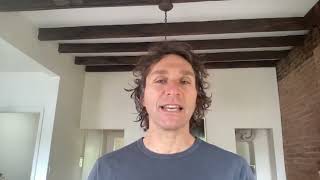 6:29
Should polygenic risk scores be used to risk-stratify the use of PSA-screening in prostate cancer?
Andrew Vickers • 11 May 2022 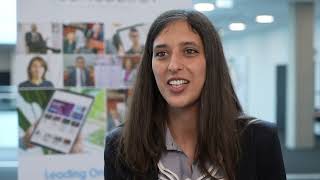 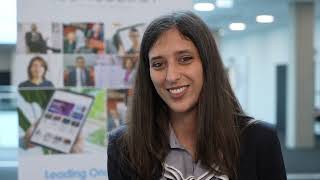 1:55
Investigating anthracycline, taxane and trastuzumab-based neoadjuvant chemotherapy in HER2+ eBC
Benedetta Conte • 5 May 2022 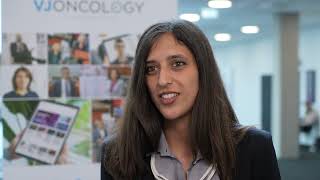 1:26
The association of the HER2DX signatures with survival in TNBC
Benedetta Conte • 5 May 2022